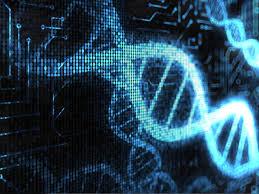 Rett syndrome (RTT) is a genetically-encoded neurodevelopmental disorder that occurs almost exclusively in females and arises from deficiencies in the function of the methyl-CpG binding protein 2 gene (MeCP2). Rett syndrome (RTT) was first described by Austrian paediatrician Andreas Rett in 1966. RTT is characterized by arrested development at about 1 year of age, regression of acquired skills and mental retardation. The clinical features include small hands and feet and a deceleration of the rate of head growth. Repetitive stereotyped hand movements, such as wringing, are also noted. Females with Rett syndrome are prone to gastrointestinal disorders and up to 80% have seizures. They typically have no verbal skills, and many individuals affected do not walk. Scoliosis, growth failure, and constipation are common and can be problematic. Along with the core symptoms of RTT, disturbances in breathing are particularly troublesome (see below). RTT is severely debilitating and patients require constant and life-long care from family members and medical institutions.

Among the symptoms of RTT, breathing difficulties, including hyperventilation, forced expulsion of air and saliva, and apneas, can be most troubling and disrupt patients' condition. Breathing difficulties occur in most RTT patients to varying degrees and predominate during daytime wakefulness, although they are also present during sleep. Breathing disturbance is associated with chronic deficits in blood oxygen levels that may accentuate cognitive deficits and are a risk factor for the seizures which are observed in RTT patients. Breathing irregularity is also associated with feeding difficulties, notably because of dysfunctional coordination between breathing and swallowing. RTT patients also suffer from accentuated aerophagia (air swallowing) which causes digestive disturbance. Finally, irregular breathing can be distressing for patients and their families, accentuating heightened anxiety levels. A pharmacotherapeutic, such as NLX-101, that is able to improve breathing difficulties (as well as, potentially, cognitive function and movement) could ameliorate the quality of life of patients and their carers.

Neurolixis has received support from the